Frameless glass showers come in many different types and configurations, so you have many different options to perfectly suit your space. Our experts can help you create the perfect shower enclosure based on your bathroom and budget!

Some types of glass shower enclosures include: 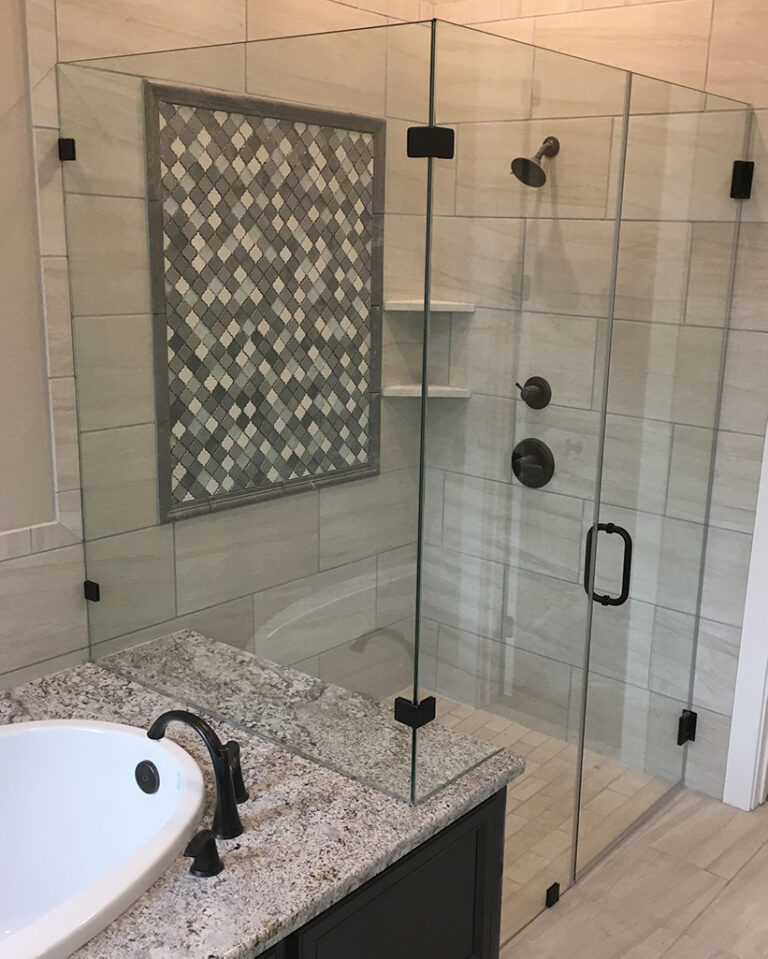 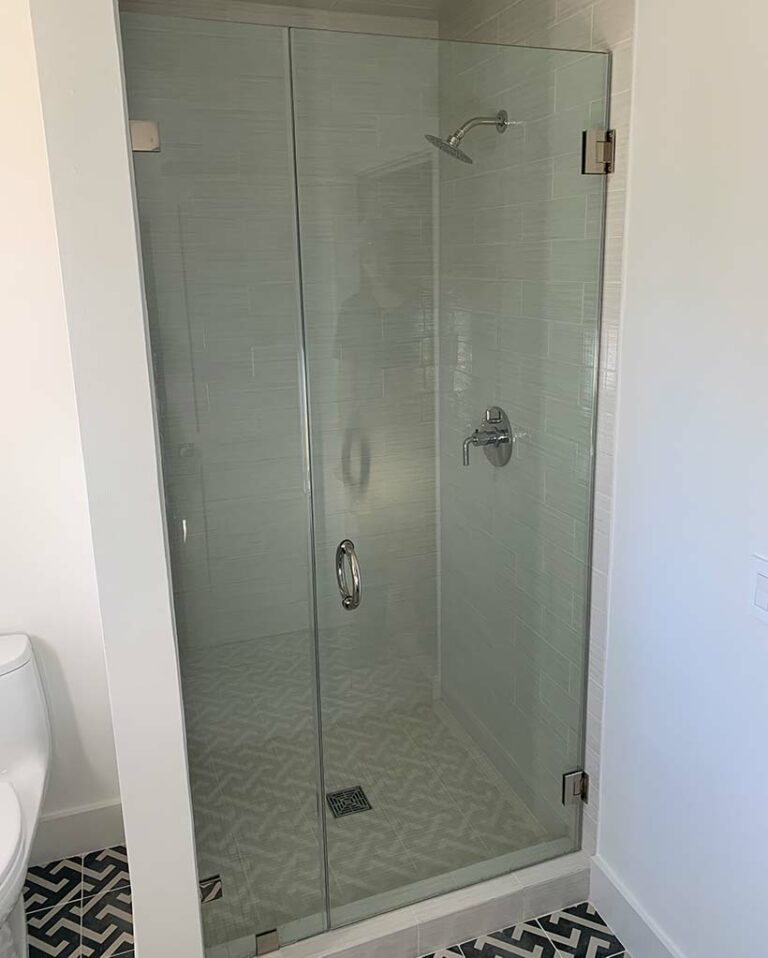 Single door showers are usually recessed, meaning the shower is already enclosed by four walls. For these shower enclosures, we simply mount a door in the opening. These types of showers can accommodate many different kinds of doors, such as hinged, pivot, or sliding shower doors.

Inline door and panel glass shower enclosures are similar to single door showers because they already have 3 walls made of different material. However, if the opening is wide, then having both a door and a stationary shower glass panel might be a better option, so the shower door has plenty of support even in wide openings. If you’re turning an old bathtub alcove into a walk-in shower, an in-line door and panel enclosure is one of the most popular solutions for this type of project.

Neo-angle glass shower enclosures are a great option if you need to save space or for a unique look for your bathroom. These showers are usually corner showers, but instead of creating a square or rectangle with two pieces of glass, you actually create a 135° angle with two stationary panels and a shower door.

If you’re remodeling your bathroom and looking for new shower doors, our specialists are here to help! We offer customized services for shower replacement, design, and installation.

Our team is here to help you find the best solutions for your new shower enclosure. Whether you’re looking to simply upgrade your current shower or are creating one from scratch, we offer the advantage of experience for your project. We’ve helped countless homeowners in Houston and College Station take their showers from drab to fab with our shower enclosure design, manufacturing, and installation services.

Whether you’re working with a remodeling contractor or taking the DIY route, our team is here to help you get the most out of your shower. We will work with you to streamline the process and provide quick, efficient measurement and design services based on your needs and budget. Once we fabricate your high-quality shower glass, our team offers convenient, hassle-free installation services. Our friendly technicians make shower replacement simple and easy.

Contact us now to set up a shower measurement appointment and get a free quote!